I met Michael just outside of Hope, Indiana after spotting his 1976 Chrysler Imperial. He’s 84 years old and has had his shop welding, sharpening and repairing in the same location for 60 years. He showed me his 1940’s International Harvester Metro Van. Several sets of sharpened mower blades were ready to be picked up by Justin his minister. He insisted that I give him my autograph so I signed on a small ringed binder. He tore off the page, folded it, and put it in his wallet. 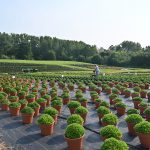 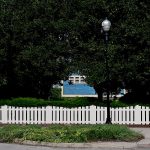