[This is a video, click on picture to play]

The groundbreaking Santa Fe Railway Hi-Level passenger cars were developed in 1956 to provide exceptional comfort on the El Capitan luxury train which operated between Chicago and Los Angeles. Unlike conventional passenger cars, these hi-levels were two stories tall, with an upper and lower floor. All passenger seating is on the upper level which offers better views and a quieter, more comfortable ride. They were developed by the Budd Company of Philadelphia, Pennsylvania, and were so successful Santa Fe had another order of similar cars built in 1964. These were among the tallest and heaviest passenger cars ever built at the time. 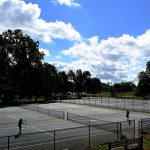 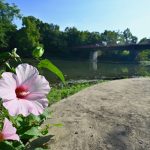